For 300 years Hadrian’s Wall was the Roman Empire’s most imposing frontier and one of the wonders of the ancient world.

Today it remains Britain’s greatest Roman monument and there are fascinating urban and countryside visitor sites along its 80 mile stretch.

15,000 men took six years between AD122 and 128 to complete Hadrian’s Wall, and 2000 years later it is still a testament to their skills and ingenuity.

A UNESCO World Heritage Site, there are many venues that offer a first-class exploration into its ruins and forts, some within minutes of the Port of Tyne International Passenger Terminal, others up to an hour’s drive away. All of them offer interactive exhibitions, reconstructions, excitingly presented archaeological collections, re-enactments and storytelling.

Segedunum Roman Fort in Wallsend is the most excavated fort along the Wall, with surviving foundations of many buildings and part of the Wall itself. It also has a large interactive museum, full-scale reconstructions of a bath house and a section of the wall, as well as a 35m high viewing tower.

Arbeia Roman Fort in the seaside town of South Shields has full-scale reconstructions of original buildings including the commander’s house and a soldiers’ barrack block. You can witness live excavations, re-enactments and storytelling and see one of the finest collections of finds from Roman Britain. Out in the countryside, Housesteads Roman Fort is the most complete fort, and Chesters ranks as the best example of a Roman Cavalry fort.

Steeped in their own history and packed with boutique shops and cafés, the beautiful market towns of Corbridge and Hexham are the perfect bases from which to explore Hadrian’s Wall country.

Did you know…? Segedunum Roman Fort is home to the only surviving stone lavatory in Britain! 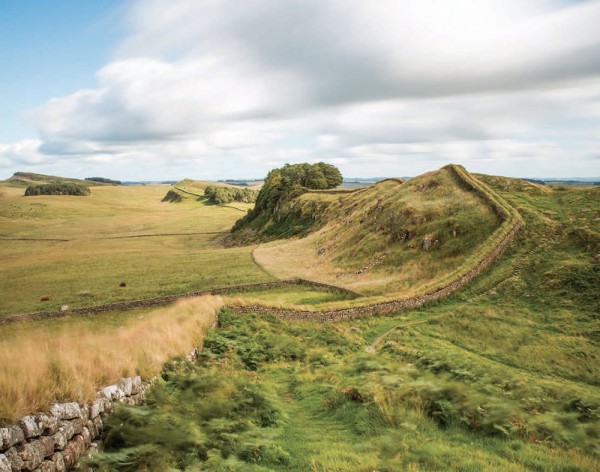